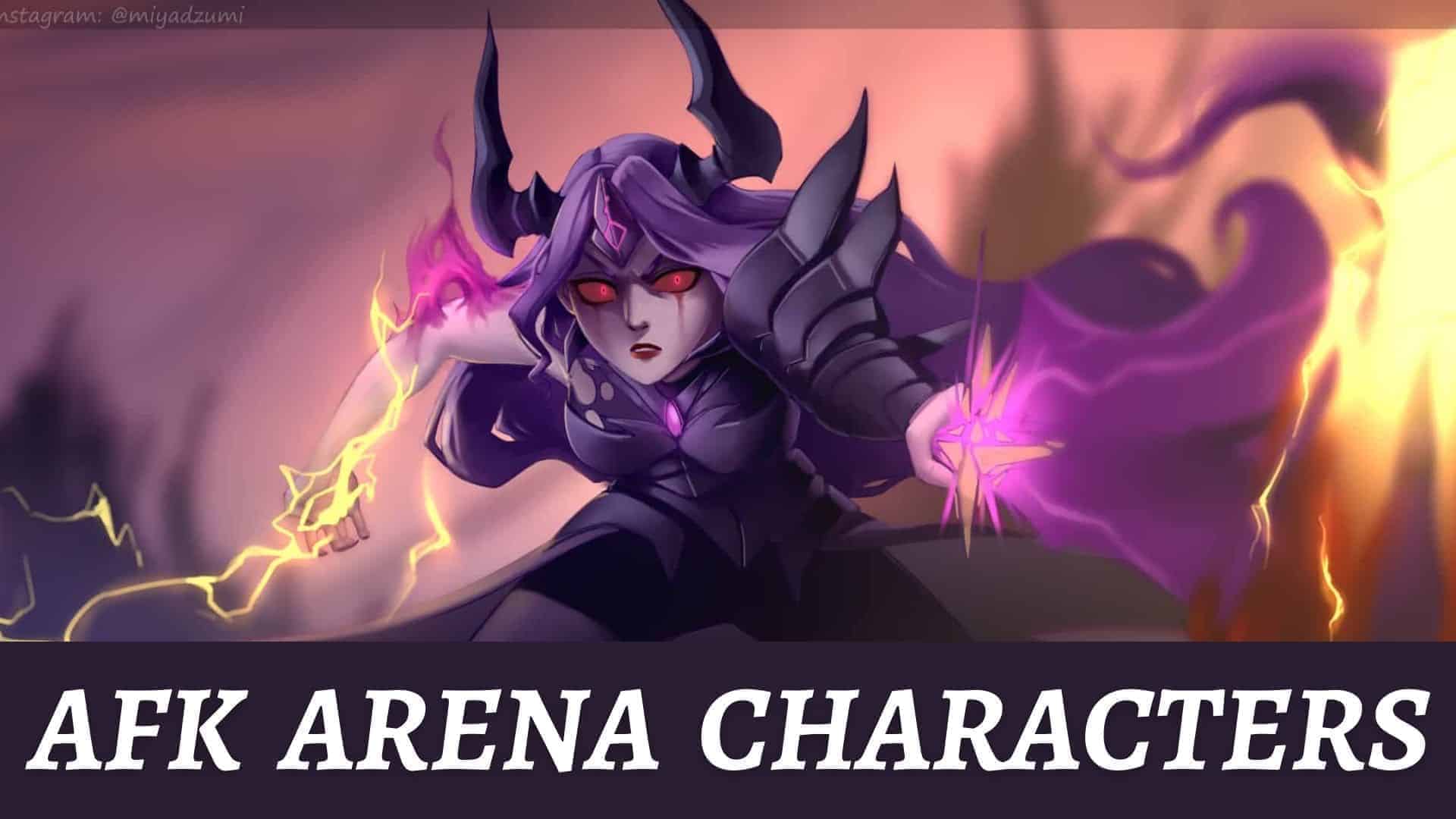 In this guide, we’ll be discussing the characters of the AFK arena and everything there is to know about them.

As mentioned earlier, heroes are the characters of the AFK arena that players use to play the different modes of the game and even participate in events. Players are supposed to level up their heroes as they advance with the game’s story and stages and make their team stronger. For that purpose, it is necessary for the players to know everything about the characters or the heroes of AFK arena, and that is precisely what we’re going to discuss in this section.

When you’re in the game, you can access your list of heroes by clicking on the ‘Heroes’ button that is located on the right to the ‘Campaigns’ button on the home screen of the game. Players can take a look at the heroes they own by clicking the ‘Heroes’ button that is there along with three other buttons, namely ‘Formations’, ‘Popularity’ and ‘Portraits’. In the ‘Heroes’ section, we can see the heroes we own, and these heroes can be leveled up as we proceed in the game. These heroes gain extra stats that gets added to their base stats once they’re equipped with artifacts and certain artifacts. As we mentioned earlier, the game has over a hundred heroes, and all of them possess a unique skill that belongs to only them. This adds a lot of versatility to the game and makes it more fun. These unique skills are to be remembered while forming a team as they’ll be responsible for determining the compatibility of a hero with other allied heroes in the team. One other thing to be remembered is that all of the heroes in the game belong to a faction, and are further divided into Class, Type and Role.

These categories are of great use for distinguishing the heroes. Categorizing the heroes helps a lot in team formations. Now let’s talk about the rarity of heroes. AFK arena is a gacha game. Gacha games are games where players spend in-game currency and challenge their luck while they try to obtain quality in-game resources.

The thing about gacha is that the rates for getting a good quality resource is often low, and that is how gacha games appeal to their players to spend real money. The same is the case with AFK arena. Players get two ways of summoning, which is the process of obtaining heroes, artifacts, and gears. The first way is a regular summon, and the other way is the Stargazer room. Both of them offer a probability of giving a high rarity hero or gear. Rarity is denoted by colours in AFK arena, where green denotes common rarity, blue denotes rare rarity, violet denotes elite rarity, yellow denotes legendary rarity and red denotes mythic rarity. There is one more colour that denotes that a character or a hero is ascended, and it is the silver colour. The blue, violet, yellow, and red colours have one more rarity level to them, generally denoted by adding a ‘+’ sign beside their rarity, for example, elite+, legendary+, etc.

Now let’s talk about the ascension of our heroes. The common category of heroes cannot be ascended. Ascension is for heroes of elite and above rarity, and for ascending your heroes, you \need to go to the Temple of Ascension. Ascending a hero means increasing their max level cap, h, Agi Giving them a chance to get even stronger than they were before at max but unascended level. You can click on a hero to access a new page where you can allot gear and artifacts to them. Equipping our heroes with the right gear and artifacts that suit their roles and abilities is of utmost importance in the game. A good set of artifacts is the key to a strong hero and a well balanced team. These artifacts and gears are of several rarities as well. As you progress in the game, you’ll gradually begin to get higher rarity artifacts and gears.

The categories of heroes are divided into several subcategories like Dimensionals, Lighbearees, Maulers, Wilders, Graveborn Celestials, and Hypogean. Under each subcategory, there are a lot of heroes with different roles and classes and types. For example, Dimensionals have Albedo which is from Tank class and is segregated into the strength type. Dimensionals also has other heroes like Ainz Ooal Gown, Ezio, Nakoruru, Ukyo, and Aurthur. Each has a different class like Warrior, Ranger, etc, and also different types like Strength, Agility, Intelligence, etc.

In the Hypogean category, you will find heroes like Lucretia, Mezoth, Khazard, Zolrath, Ezizh, and Mehira. All of these heroes across all the categories have been classified into classes like Ranger, Tank, Mage, Warrior, and Support. Furthermore, they are also categorized based on roles like DPS, Assassin, Tank etc.

That was all for our guide to the characters or heroes in AFK arena. It is important to be aware of characters and how they work in a game, especially if the game is an RPG like AFK arena. There are many heroes in this game, and we hope that this guide helped you to understand them better than before.