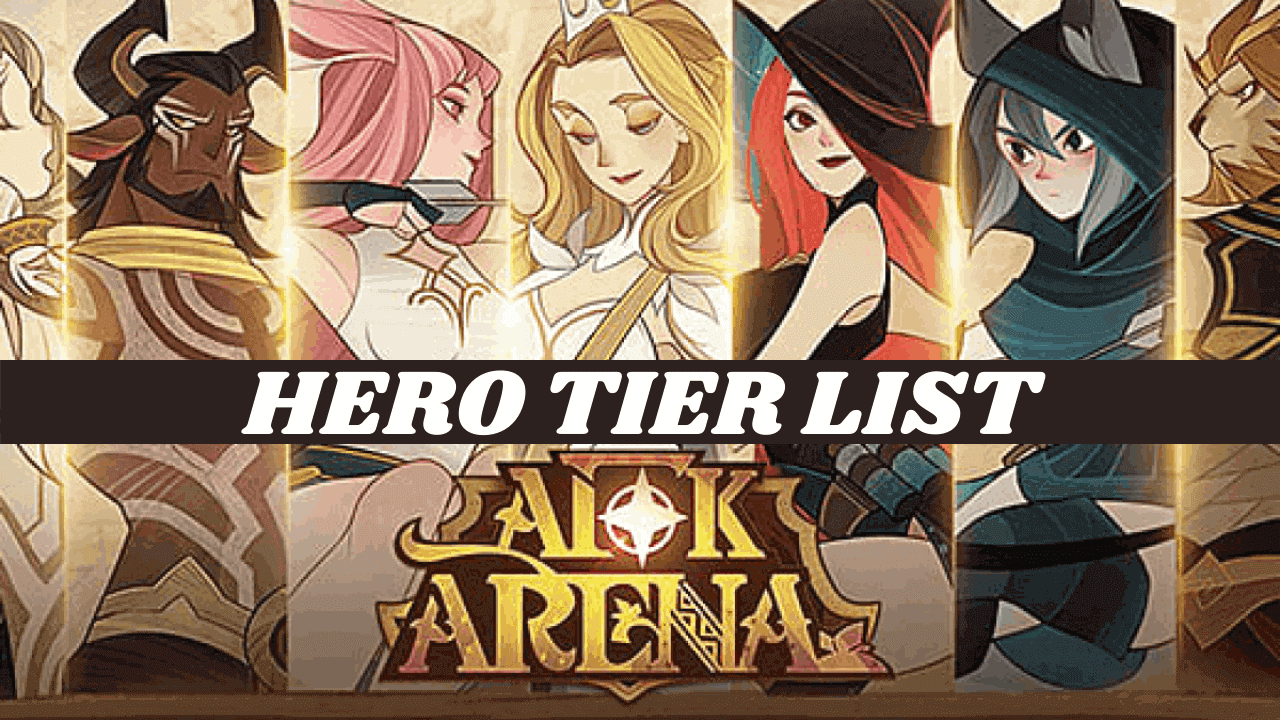 With the help of more than 100 heroes, you have to battle with enemies from the dark world and reach the top to prove your worthiness. Change your battle strategy from time to time based on battle reports to prepare yourself for the big fight.

There is an epic world out there filled with monsters for you to explore on your adventure to fight with other kingdoms. Equip your heroes and enter into the battle while keeping in mind that you will either win the fight or die trying to win it.

All the heroes are divided into tiers according to their abilities and special powers so choose a hero for your next battle by keeping in mind all the pros and cons. Here is the complete Hero tier list in AFK.

S+ Tier offers some of the rare overpowered heroes in AFK Arena. They have the most powerful and amazing abilities among all the other tier heroes. Tier S+ heroes should be used at the end of fight only if required as these are really precious and not easily found. Some of the best S+ Tier heroes are:

This Tier list offers heroes with some of the best stats in AFK and you can put a Tier Shero into any battle you want to get good results. Their abilities make them worth every second at the end of the game where the battles get difficult with a lot of boss rounds. Here are some of the best Tier S heroes.

Near the end of the game, every single stat of a hero counts and Tier B heroes aren’t good enough that you can put them to your final team and hope of winning the match. At the start of the game, raising them might be fruitful for you as you don’t have that many choices. Here are some Tier B heroes that you can add to your lineup.

In terms of skills and abilities, Tier C heroes are ranked as average units with absolutely no usage at all in the later stages of the game where you will have to face high-level enemies. Most players use heroes from this tier for a specific stage and remove them from their lineup when the work is done. Here are all the Tier C heroes available in AFK.

Higher-level battles where everything is at stake, using a hero from Tier D is a madman’s dream as they are below average heroes both in terms of offence and defence. Don’t raise them in the first place and try to get rid of them as soon as possible if you have got them as your reserves. Here are the names of some Tier D heroes.

Here, we have listed AFK arena tier class list according to the best tanks, warrior, ranger, support and mage heroes, and by their rank as well.

If your goal is to win all battles in the first go and finish the whole game in a few days, here are the best heroes to make it possible for you.

Talene is on another level in all aspects of the game due to her powerful and versatile skills. Having this hero at a decent ascension tier is important as she can easily outrun heroes who are several levels above her.

After level 30, Rowan has a signature item making him worthy of having him in your final lineup.

After she falls off in the game, Athalia is a powerful hero and this fact secured her place in Tier S.

Mid game lineups are incomplete without Shemira as she is powerful enough to tackle all the threats single-handedly.

When fighting against a boss of some guild, Tasi won’t be a good choice for you as can be killed with a few blows. On the other hand crowd control of Tasi is unbeatable and she can turn the situation of the battlefield for you.

Lucius can be used as a healer that should be in the frontline in every team fight. Lucius can heal the injured really fast which can lead to victory in no time.

These heroes are categorized in a best possible way according to me. But all the afk fans do comment down your suggestions to improve this list in the near future.