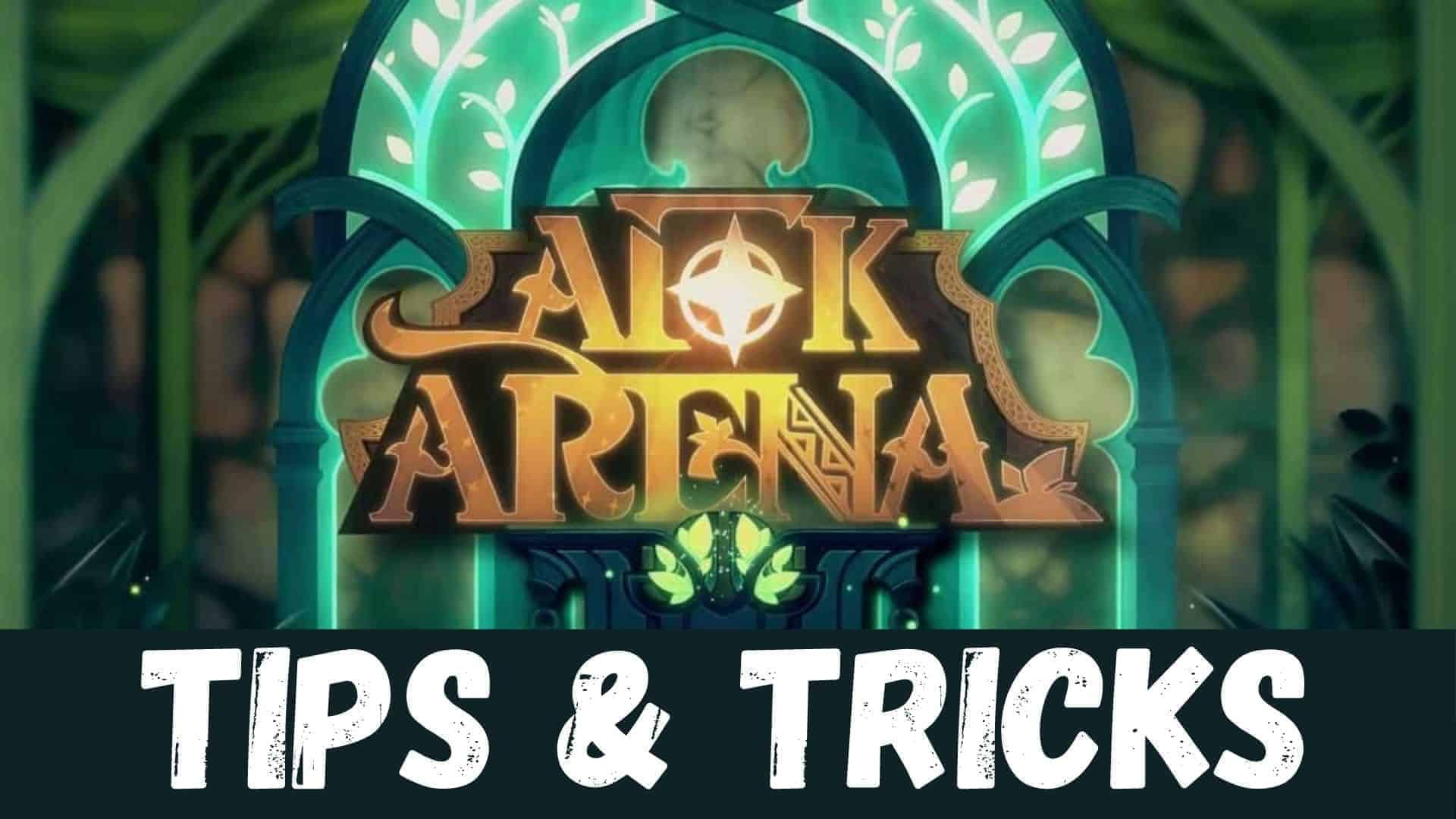 Be it any game, one does need some tips in order to clear some or another level. There are some places in AFK arena too where players need tips and tricks in order to surpass it.

In this article, we are exactly going to help you by providing you some of the best AFK arena tips and tricks that will surely make your gaming experience a lot better. 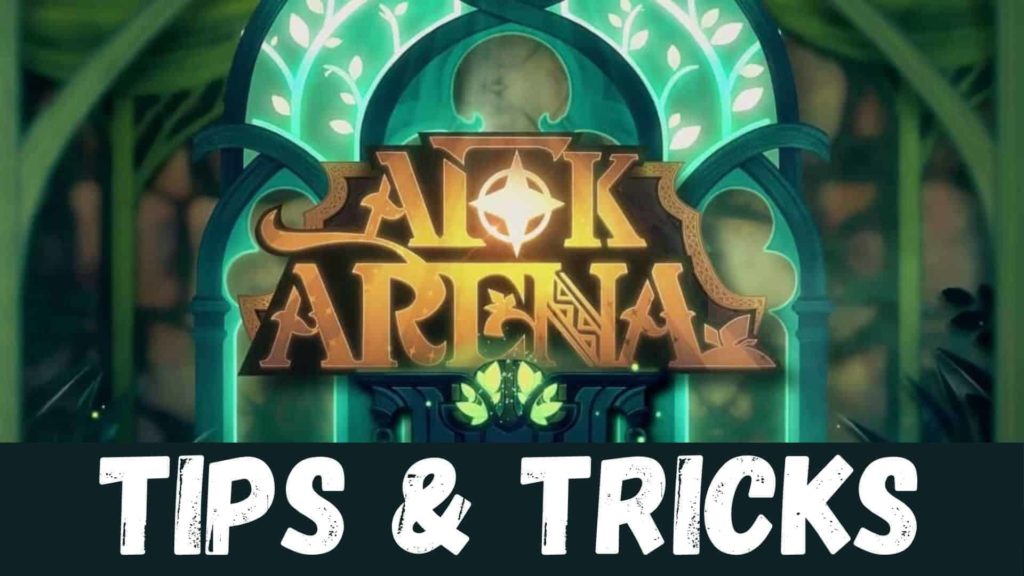 Progression may be automated

For the most part, AFK Arena is a game that focuses on auto-play. However, this function is still restricted by the fact that clearing a level requires several clicks to progress to the next stage. Certain units need assistance in order to run in the front lines; for example, Estrilda requires cc or someone like Thane to confuse the enemy. Leaving her alone with no assistance is a waste of time.

Save Your Most Valuable Skills

Despite having a robust auto-battle mode, AFK Arena’s AI isn’t particularly clever and doesn’t always utilize your hero’s abilities to their full potential. In this sense, you could see your troops waste healing spells while you’re in total health or fail to deploy barriers in front of a powerful enemy assault. In these situations, it’s best to turn off auto-battle and take control of the problem yourself.

By taking charge of your abilities, you may respond to the scenario appropriately and make choices that the AI would often do incorrectly. Use a suitable control scheme that enables you to release the appropriate powers at the right moment to enhance your performance.

It’s all about where you stand

Leveling up and upgrading your characters is undoubtedly the first thing that springs to mind when it comes to progress in these games. This isn’t always possible, particularly at higher levels, when a single improvement may take hours of farming and grind. If that’s the case, this method may wind up costing you more than the battle itself.

If you’re stuck on a level, though, moving your troops about to determine which configuration is best for the task may be a viable option. Regardless of your fighting strength, your AFK Arena configuration may significantly enhance or reduce your battle performance. In this way, by using the right arrangement, you may effectively defeat levels that are considerably more powerful than you.

It’s critical to remember the capabilities of each unit in this respect. Mirael, for example, may summon a flaming Phoenix that destroys anything it comes into contact with. If you put her in the center of the back row, her spells will damage all opponents, and if you improve her, she will be able to wreck the opposing formation.

In the same way, your appearance decides which troops are assaulted first. Tanks in the front row will not only be attacked first, but they will also have early access to their ultimate talents, which is excellent for heroes who can use supporting abilities.

Instead of replacing, upgrade

One of the most appealing aspects of unlocking heroes in this game is that each unit has a particular function. While some characters start off weaker than others, most departments may develop to the point where they can win a place on any squad. You may sacrifice excess heroes to raise the star rating of another unit by executing a hero ascension.

This procedure significantly improves the stats of the team as well as their fighting prowess. To conduct an ascension, you must first arrive in Ramhorn after completing levels 1 through 12. After that, you’ll need at least six heroes on your team.

You must sacrifice a certain number of heroes to climb a character, which is determined by the rank and rarity of the unit you wish to improve. Regardless, it’s always preferable to climb a hero you like than switching to a better character you won’t enjoy as much.

It’s Critical to Have the Right Equipment

Just as with ascensions, equipping a unit with the appropriate equipment may significantly enhance it. The preponderance of your gear will come from AFK farming and beating stages. These items will boost your character’s stats and improve their combat performance if worn.

Additionally, you may improve your equipment by sacrificing other comparable things. The components you offer for upgrading gear, like ascensions, are gone permanently, so bear that in mind while investing in this procedure. The fact that a game is mainly played automatically does not imply that it is simple. Players who don’t understand the fundamentals of forming a solid team will undoubtedly fail to accomplish certain levels in AFK Arena.

Regardless, the ideas we’ve provided in this book will give you everything you need to complete most tasks quickly and build unbeatable champion teams.

Not only will you get free heroes as a result of the companion points, but you will also be able to utilize their heroes in the library for team bounty missions and union boosts. Don’t be scared to delete inactive individuals from your list since you’ll be losing out if they aren’t.

Ascended heroes should not be used as fodder

In general, ascended heroes are more useful and considerably more challenging to acquire. Never utilize them as a source of food.

Tier lists are helpful, but they aren’t all-inclusive. In a squad with sufficient assistance, an over-leveled Save as will shred. In entrants with no tanks, no cc, heals, shields, and underdeveloped, Save will accomplish nothing. As with Shemira, after you’ve decided on a carry, organize your squad around them to maximize their potential.

It’s short-sighted; to make a seamless transition from L+ to Mythic, you should aim for a 1:1 ratio with ascended to legend tier troops. You don’t have to follow this rule to the letter, and you may choose two ascending tier troops before choosing even one legendary tier unit, but consider how long it will take you to construct another L+ team for fodder.

For example, rather than having an L+ Shemira and an L Grezhul (both benched), I might have a Mythic Shemira and worry about Grezhul later (E+ benched).

You may have tried a unit and thought it was garbage, only to discover that you abandoned it just before it was about to enter god mode. Take the time to study up unit skills; many manuals will discuss them explicitly. Taking Arden to 141 (as my sixth L+) propelled me from 12-12 to 12-32 in no time.

The makeup of a team is essential

Your pulls determine the best squad you can run in the middle of the game. You will make sluggish progress if you use a 5 DPS or hybrid DPS composition. If you’ve been trapped on stages like 9-20 for more than a few days, it’s very certainly because you made some lousy lineup choices. Find a robust supporting cast to help your main character perform their job better.

Thankfully, this game makes cleaning up your lineups a breeze, and there’s a vibrant discord community to assist you if you have any concerns. However, if your core troops have a faction disadvantage, it will take you longer to complete certain levels.

Until the end of the day, keep your immediate rewards

Upgrade your Heroes, progress in the game Campaign, and only utilize the Fast Rewards just before the daily reset if you can check the game every few hours (00:00 AM UTC Time). Because you may travel through a number of levels in a day during the early stages of the game, doing so increases the prizes you can get from the Fast Rewards.

If you are unable to complete this task prior to the daily reset, it is perfectly OK to collect the free Fast Rewards before going to bed. You may quickly improve your Heroes and pass a few more stages using the prizes from the Fast Rewards. Go for it, and you’ll be rewarded even more when you wake up.

Resonating Crystal allows you to level up your Heroes and push them beyond their boundaries. For example, if you concentrate on leveling up 6 Epic+ Heroes to level 120, your other Heroes will be able to achieve level 120 as well, even if they are unable to do so owing to the level limit.

You may not need it right now, but the hero’s essence will ultimately become a significant roadblock to advancement since you’ll need a lot of it to level up all of your heroes beyond certain levels.

However, this may not be feasible for everyone since purchasing gold from the shop costs a significant amount of gold. If you’re running short on gold, you may want to pass on this.